Every week Nba Finals fans are finding tickets that offer the best value at Coast to Coast Tickets. It does not matter if the game is sold out or if you want to upgrade for a better view, the most impressive and affordable collection of Nba Finals tickets will always be available right here.
So, enjoy terrific seats for a home game or plan a road trip and explore a new venue and city. Coast to Coast Tickets will have the seat you are looking for all season long, from those promising matchups at the beginning of the schedule to the playoff run as the Nba Finals year comes to a close.
Nba Finals Tickets 866 535 5167
Home > Nba Tickets > Nba Finals Tickets

Congratulations to all the participants in the 2009 NBA Playoffs and especially to the Los Angeles Lakers! The Lakers beat the Orlando Magic four games to one to take home their fifteenth National Basketball Association Championship.

It came down to the final two contenders: the Los Angeles Lakers and the Orlando Magic. To get there, Orlando had to get past the Central Division winners the Cleveland Cavaliers, while Los Angeles needed to knock off the winners of the Northwest Division, the Denver Nuggets. It was heart-pounding NBA action at its best and though it may have been exciting to watch on TV, there’s no substitute for seeing it live. The 2010 NBA Finals will be just as thrilling and Coast to Coast will have the tickets to get your there.

James Naismith invented the modern game of basketball in 1891, while working at the Y.M.C.A. College at Springfield, Massachusetts. Triangle magazine in Springfield first published the rules for basketball in 1892, and 18 students from the Springfield YMCA played the first official basketball game later that year. The University of Chicago played its first college basketball game, defeating the Chicago YMCA Training School 19-11, in 1894.

Basketball was first introduced to the Olympics in 1936 by the Berlin Organization Committee. The first Men's College Basketball Championship was held in 1939, when the University of Oregon beat Ohio State 46-33. The first televised college basketball games were broadcast in 1940, by New York City station W2XBS from Madison Square Garden. In those games, Pittsburgh defeated Fordham, 57-37, and New York University beat Georgetown, 50-27.

In 1946 the Basketball Association of America (BAA) was founded, and it was comprised of 11 teams in two divisions. The Eastern Division contained the Washington Capitols, Philadelphia Warriors, New York Knickerbockers, Providence Steamrollers, Boston Celtics and Toronto Huskies. The Western Division contained the Chicago Stags, St. Louis Bombers, Cleveland Rebels, Detroit Falcons and Pittsburgh Ironmen. The Baltimore Bullets joined the BAA in 1947, but the Cleveland Rebels, Detroit Falcons, Pittsburgh Ironmen and Toronto Huskies all dropped out, leaving four teams in each division. In 1948, four teams from the more established National Basketball League (NBL) were added to the BAA: the Fort Wayne Pistons, Indianapolis Jets, Minneapolis Lakers and Rochester Royals, bringing the league up to six teams in each division.

The National Basketball Association was formed in 1949. It was a combination of the Basketball Association of America and the National Basketball League. The Providence Steamrollers and the Indianapolis Jets folded, and the six remaining NBL franchises – the Anderson Packers, Denver Nuggets, Sheboygan Redskins, Syracuse Nationals, Tri-Cities Blackhawks and Waterloo Hawks – joined, along with the new Indianapolis Olympians, and the BAA became the National Basketball Association. The early years of the NBA were marked by constant change. Six teams dropped out in 1950: the Anderson Packers, Chicago Stags, Denver Nuggets, Sheboygan Redskins, St. Louis Bombers and Waterloo Hawks. In 1951 the Tri-Cities Blackhawks, who divided home games between Moline, Rock Island and Davenport, moved to Milwaukee and become the Hawks. The Washington Capitols disbanded before the end of the 1950-51 season and the Indianapolis Olympians folded in 1953. In 1954, the NBA adopted the 24-second shot clock & 6 team-foul rule and the Baltimore Bullets dropped o 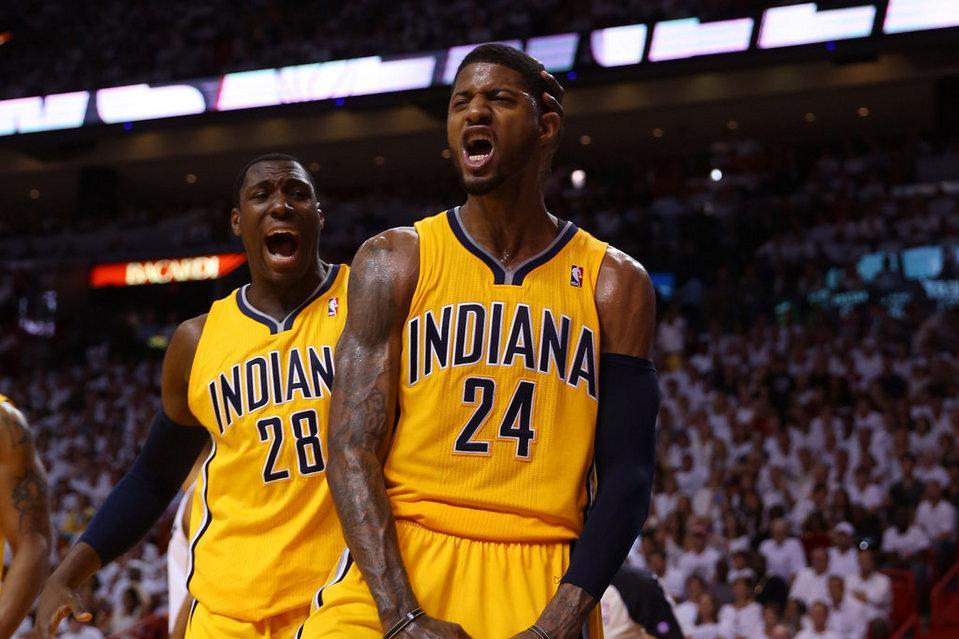 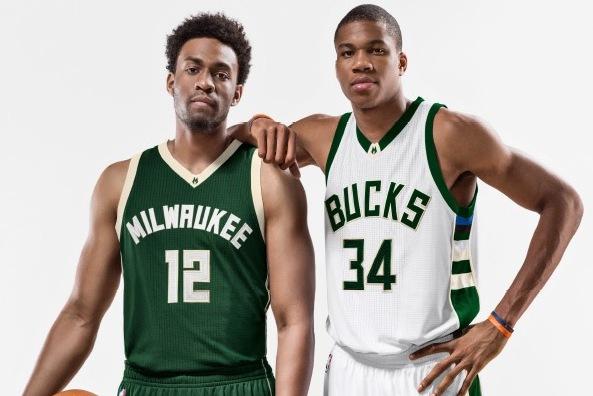