Every week Texas Rangers fans are finding tickets that offer the best value at Coast to Coast Tickets. It does not matter if the game is sold out or if you want to upgrade for a better view, the most impressive and affordable collection of Texas Rangers tickets will always be available right here.
So, enjoy terrific seats for a home game or plan a road trip and explore a new venue and city. Coast to Coast Tickets will have the seat you are looking for all season long, from those promising matchups at the beginning of the schedule to the playoff run as the Texas Rangers year comes to a close.
Texas Rangers Tickets 866 535 5167
Home > Mlb Tickets > Texas Rangers Tickets

When the Rangers moved to the city of Arlington, Texas in 1972; the town (a suburb of the Dallas Fort Worth area) had been waiting for a professional baseball team for years and welcomed the organization with open arms. Since then, the Texas Rangers have continued to be the darlings of Arlington, Texas and of the entire Dallas, Fort Worth area. Not only do they have a massive and supportive fan base but this premier MLB team also has an outstanding reputation for success within the Major Leagues today.

Currently, the Texas Rangers are members of the highly competitive American League of the MLB and play in the West Division of this league. They are known for their rivalries with the Los Angeles Angels of Anaheim and for having notable players like Juan Gonzalez, Ivan Rodriguez and Michael Young on their roster as well. Their series of big name players have helped the Texas Rangers have numerous playoff appearances, a handful of division titles, two different AL Championships and appearances in the World Series as well. With success like this and recent back to back World Series appearances, it is easy to see why the Texas Rangers are known for setting ticket sales records and for having one of the largest followings in the world of professional baseball today. This following can be seen by any spectator able to get Texas Rangers tickets.

Those who are looking for Rangers tickets, will find they can see the team at their home stadium in Arlington, Texas; an outlying suburb of the Dallas/Fort Worth area. These home games take place at the massive Rangers Ballpark at Arlington. With more than 48,100 seats within the stadium; there are all types of seating options for those looking for Rangers tickets ranging from posh club seats to affordable standing room only options. One of the most exciting things about getting Texas Rangers tickets to see this team at their home stadium, is the fact that this stadium is notorious for being a ‘hitter friendly’ park. Due to the design of the stadium; more home runs are allowed in this ballpark than in almost any other stadium in the league; meaning those who are able to get Texas Rangers tickets are always in for a show whenever the team play at home. 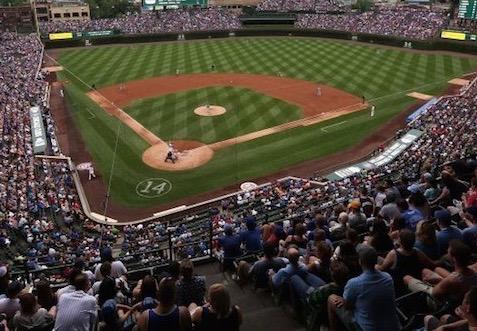